Unexpected Benefits of Hosting 2 for Seder 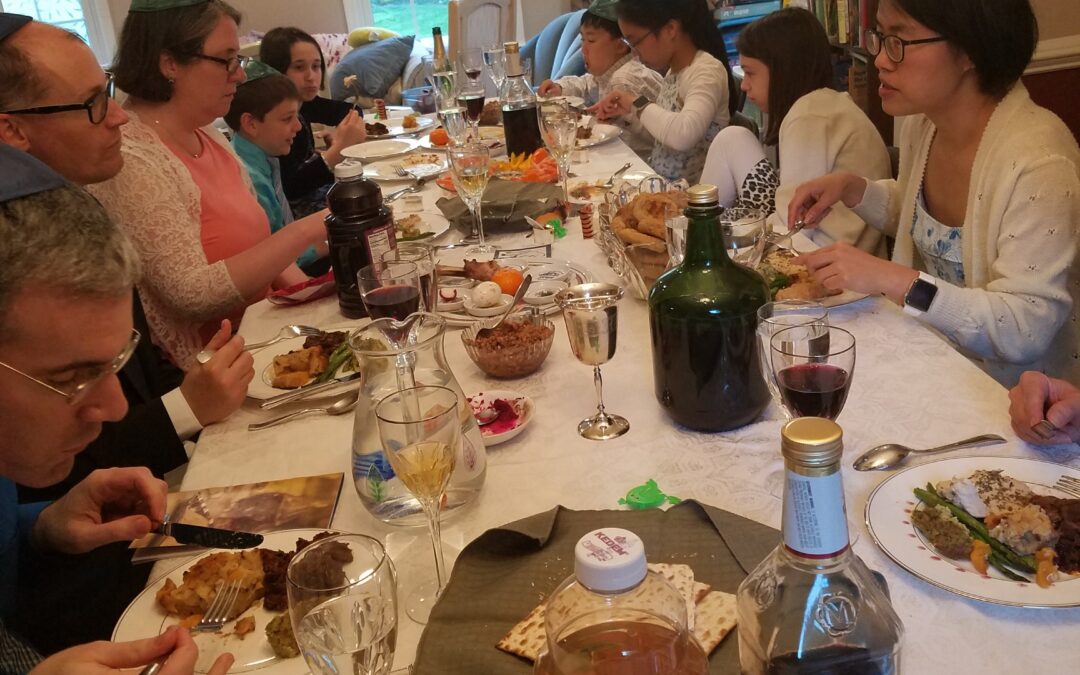 by Lauren Kline, Co-Founder, 2 for Seder

For Passover 2019, I worked with Marnie Fienberg to start up 2 for Seder.  While this was a successful national event, I wanted to hold my own 2 for Seder!  I invited seven extra people, many from my running group.  We had a full Seder together, used my regular Haggadah and they asked a few questions about the Seder itself.  For that night, they became part of our extended family and each one remarked about how it was a special experience for them.

I never expected what came next.

Continuing Education
A few weeks later, after one of our long runs, some of the same folks met at the coffeehouse to hang out and rehydrate together.  A different Seder guest came up to me to ask a question about a strange incident that happened at work. She explained how she approached a co-worker whom she knew to be Jewish, but the woman ran away from her, with fear evident on her face. My friend was confused, worried she had inadvertently offended her co-worker.  After some discussion, she shared that the woman was a Russian Jew and I explained that her co-worker was from a country where people were historically persecuted for being Jewish, so she probably wasn’t comfortable discussing Judaism with someone she didn’t know well.  I was able to put the incident in perspective, leading to a greater understanding. We were even able to have a good conversation about her follow-up questions from the Seder. What I appreciated the most, was how she realized that she could ask me questions about my religion. I had effectively opened up the door to productive dialogue. 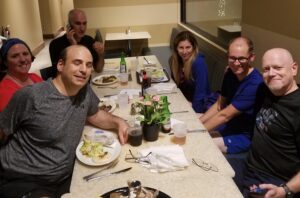 Our 2 for Seder Guests were hungry for more! We met at Rosh Hashana 2019 for another immersive Jewish experience.

From 2 for Seder Guests to Friends
Before my Seder in 2019,  I wasn’t that close with the guests I had invited.  We were acquaintances, at best.  I was on the PTA with one of the guests, and in the same running program (albeit different pace groups) with the other guests, but that was the extent of our interactions…until the Seder.  After that experience, where they shared a meal with me and my family, they became true friends.  It was as if that one Passover Seder was the experience which led to a stronger friendship with each of them.  I ended up walking halfway home with one of my Seder guests, and when it was time to go our separate ways, we stood on the corner for over an hour discussing the differences and similarities between Jewish and Taiwanese cultures.  We both have similar beliefs…and I wouldn’t have known about them prior to this.  Even though we were no longer on the PTA together, we had other interests to talk about now.

Am I just Preaching to the Choir?
My Seder Guests are highly intelligent, wonderful people, who are now my friends.  They were not anti-Semitic, outwardly aggressive, nor hateful towards Jews, simply unaware of the anti-Semitism happening around them.  The 2 for Seder experience created a new understanding.  Suddenly it was ok to ask questions and form their own opinions based on what they experienced.  We had built bridges of understanding about our similarities.

2021: Distance Makes it Different, but no Less Effective
I’m looking forward to a virtual 2 for Seder in 2021.  My plan is to invite new friends who have never been to a Passover Seder before to join us on our journey from slavery to freedom on our family Zoom.   I’m thinking of what I might include in a package of Passover food to them beforehand so they can experience the joy alongside us in their own homes.

What I won’t do, is nothing.  What do I have to lose by participating?  If anything, I’m more motivated by the success from 2019, to see if I can build more bridges, strengthen more acquaintanceships and turn them into friendships, with the added benefit of learning about their culture as well.

Amazing! In the midst of all the recent hateful actions towards Jews across North America, Quebec has adopted the IHRA definition of anti-Semitism. This Canadian province is not known toward it's friendliness towards it's Jewish residence - this is really positive! www.thesuburban.com/news/city_news/legault-government-adopts-ihra-definition-of-anti-semitism/art... ... See MoreSee Less
View on Facebook
· Share