So You Think You Know Christmas? 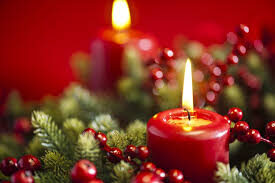 “2 for Christmas?”
When we started 2 for Seder back in 2019, the idea of inviting 2 people to their first Seder and build understanding about Judaism was very popular. We had a number of requests to expand to other holidays and religions, with one of the most popular being “2 for Christmas.”

When we looked into this idea, Christmas turned out to be a LOT more complicated than we thought. We made the lazy assumption that we knew all about Christmas because we grew up surrounded by Christian friends. Boy, were we wrong. There are many ways to celebrate Christmas. This article reflects what we learned to help you understand that Christmas has a diverse array of ways to celebrate based on history, culture, and different approaches to the religion.

This isn’t the immersive experience that 2 for Seder provides, but we hope that a little learning may help you understand some of the differences in a holiday you think you know all about.  I am sure we are missing a lot – which we are happy to expand on in future years.

We wish our readers who celebrate a merry and peaceful Christmas!

So You Think You Know Christmas?

While we can’t join our neighbors for holiday celebrations this year, we can take the time to learn a little about the wide variety of traditions. There’s not just one way to celebrate Christmas and even among Christians there can be misunderstandings and confusion.  Here’s a few questions and answers to help you start a dialogue while learning about the Christmas holiday.

What Date is Christmas?
There’s a few schisms in Christianity that make this a little confusing.  Basically you can split the Christian world in half by geography and this reflects a differing approach to key details.

Western Europe Celebrates on December 25th. Roman Catholic, Protestant and most recently the Greek Orthodox Church follow the Gregorian Calendar, which is what our current secular calendar is modeled after.  This means most Christians celebrate primarily on December 25th, but not all.

Eastern Europe Celebrates on January 7th.  Many Orthodox Christians use the old Julian calendar for marking holidays, implemented in 46 B.C. by Julius Caesar of Rome.  Using a separate calendar for religious purposes should sound familiar to both Jews and Muslims who use the lunar calendar. 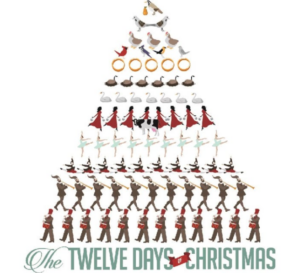 Is There One Day of Christmas or Are There 12?
The 12 Days of Christmas (like the song!) start on Christmas Day and last until the evening of the 5th January – also known as Twelfth Night. While each day has a saint or specific reason to celebrate, here are a few key days:

Day one – Christmas, when Jesus was born.
Day eight – New Year’s day (Jews will note this is the day when Jewish boys are circumcised (bris) and named).
Day twelve – Twelfth night/Epiphany – the day when the wise men visited Jesus and his family to give gifts.

The 12 Days have been celebrated in Europe since before the middle ages and may be rooted in pre-Christian times.  This version of the holiday is not widely celebrated in North America, but varies widely depending on family traditions.

What’s Advent and Who Celebrates It?
Advent is the period of four Sundays and weeks in-between before Christmas (or sometimes from the 1st December to Christmas Day).  Advent means ‘Coming’ in Latin. Catholics and Orthodox Christians use the four Sundays and weeks of Advent to spiritually prepare for the holiday.  Some Protestants celebrate Advent as well.

Advent may be a time of partial fasting with no meat, but allowing fish. No meat on Fridays and fasting comes from a Medieval meat shortage along with a surplus of fish and the Pope stepping in.

Gift Giving
Gift giving stems from the tradition of the the three wise men giving gifts to the baby Jesus. St. Nicolas, also known as Santa Claus, followed this tradition.

Contrary to Western European Christmases, it is not customary to give presents in the Orthodox tradition on Christmas day itself. Orthodox Christians may give gifts on St. Nicholas Day, or on New Year’s Eve.

How Does Understanding Other Religions Fight Anti-Semitism?
Many North American Jews and Muslims feel we know a lot about Christmas because we are immersed in the commercial side for at least one month every year. There’s more to learn – and understanding our Christian neighbors allows all of us paths to finding commonalities and celebrate our differences.

Many of Take Action’s tips ask our Jewish readers to act as ambassadors for the Jewish religion. Our goal is to help build bridges of understanding with all our neighbors, fighting stereotypes and hate that go back more than a millennia. It’s critical to recognize and respect that you can travel two ways on a bridge.

We’re stronger together when we learn about each other.