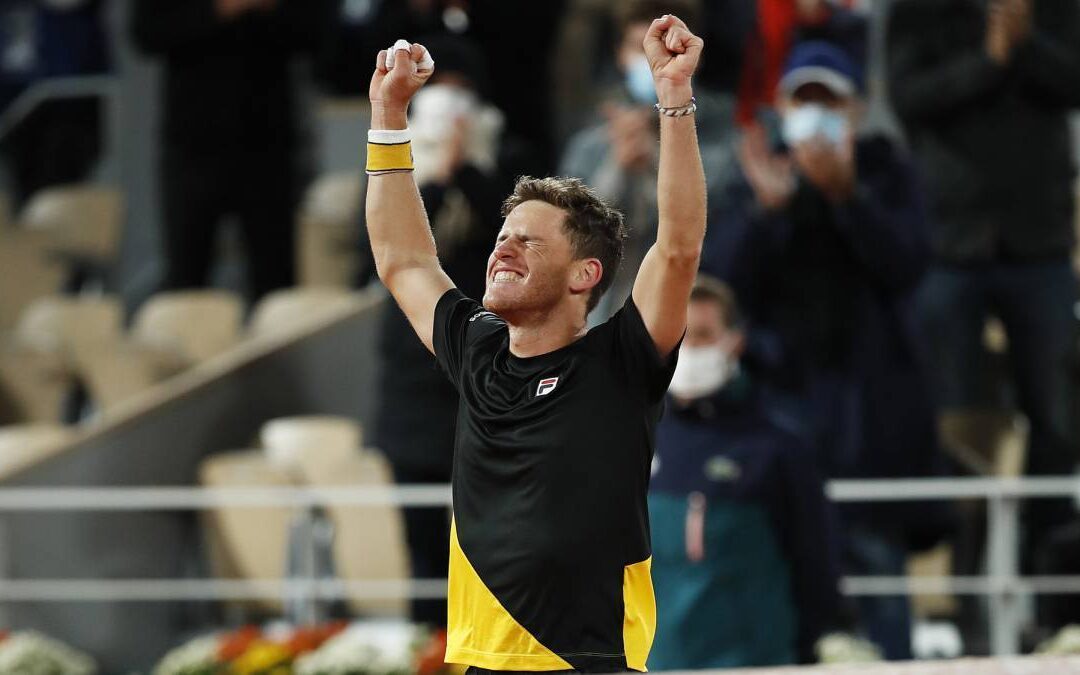 This Week’s Tip:  For sports fans (or folks talking with sports fans) weaving Diego Schwartzman’s story into a discussion combats almost every negative stereotype about Jews and inspires all of us when we need a little boost!

You Should Know Diego Schwartzman
The French Open has just finished and one of the big success stories was Diego Schwartzman. The pride of the Argentinian Jewish community, Schwartzman is an example of grit, determination, good timing and a positive attitude.  At only 5’7”, he is nicknamed “El Peque” which roughly translates to Shorty, in a sport known for powerful players who are usually well over 6 feet.  Armed with a deadly return, he is now the 8th seeded player in the world.

Schwartzman’s story is one to be shared. He has not only overcome difficult financial times, but is the descendent of a Holocaust survivor.

In his own words from a January 2020 interview from APT Tour:

“I have Jewish roots, and my great-grandfather on my Mom’s side, who lived in Poland, was put on a train to a concentration camp during the Holocaust.  The coupling that connected two of the train’s cars somehow broke. Part of the train kept going and the other stayed behind. That allowed everyone trapped inside, including my great grandfather, to run for their lives.”

Schwartzman’s family moved to Argentina  and had ups and downs during the political upheavals in the years afterwards.  When he was just a kid, he knew he wanted to play tennis. Unfortunately his family had little money to support his dream, but they had an unwavering faith in his talent. Led by his mother, the family scraped for training and even sold bracelets at tournaments to keep him in competition. 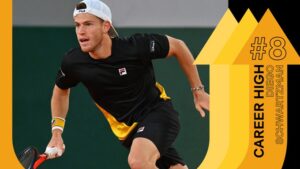 Diego Schwartzman developed a strong return game and is fast on his feet. He’s an exciting player to watch.  He is popular and considered to be one of the nicest people on the tennis circuit.  His positive attitude, family support, and pride in being an Argentinian Jew are a constant motivation.  Can’t wait to watch him in the next Tournament!

How does telling Diego’s story fight Hate and anti-Semitism?

Stereotypes about Jews being non-athletic, rich and powerful keep coming up in news, social media and hateful stories.  They are not only hurtful, but they shape a perception of all Jews in ways that keep us all from growing.

Diego Schwartzman is an elite athlete, who did not come from a well-off family, and is also the grandson of a Holocaust survivor. His story can inspire us all and bring us together – how amazing what the human spirit can achieve!

Sign up to get Take Action Tips sent to your email box each week.

What do North American Sephardi Jews think of Anti-Semitism?

We talked with Sarah Levin, the exec director of JIMENA: Jews Indigenous to the Middle East and North Africa about it.

JIMENA was a leader in the coalition to modify the recent California Ethnic Studies curricula, removing anti-Semitic content and adding Jewish history.

We're planning on adding an Ashkenazi Jewish touch to our Thanksgiving with latkes instead of mashed potatoes.

Are you adding anything from your heritage to make this year's Thanksgiving a little special and extra comforting? ... See MoreSee Less