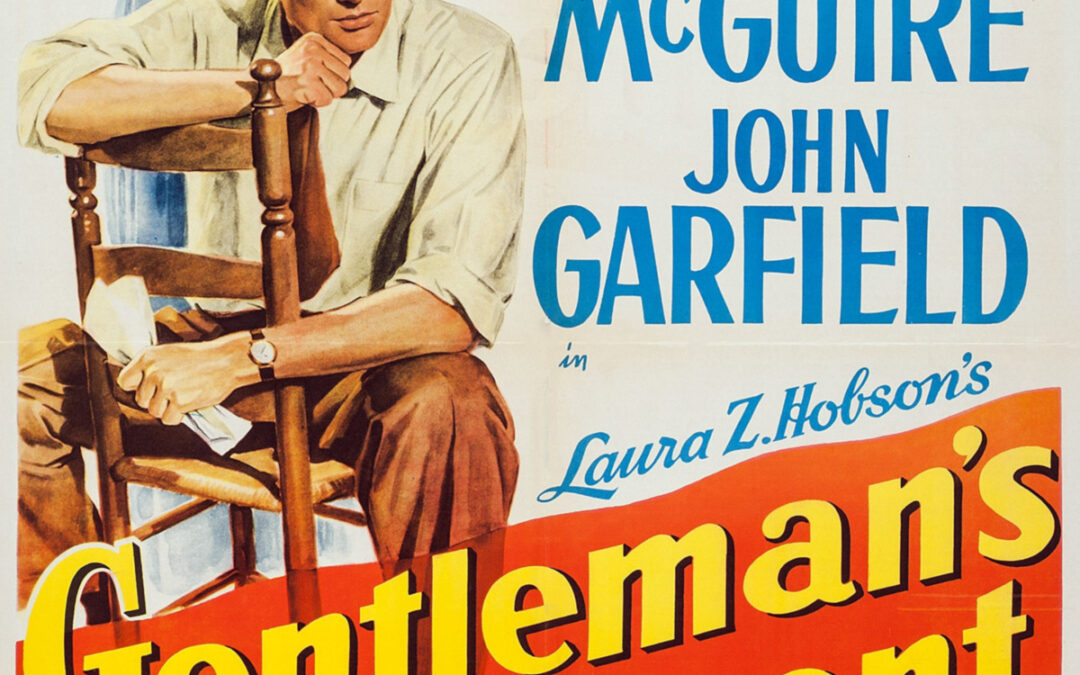 Introducing: The Movie Mayven Club!
Stuck at home for the foreseeable future? Need intellectually stimulating activities to brighten your day? Want to start a dialogue with friends of another faith in a fun, informative, and social way? Join the Movie Mayven Club!The Take Action newsletter will regularly introduce a movie that you can watch at home (and maybe one day together) with a friend of a different faith.  The movie will either highlight a fight against anti-Semitism or a stereotype of Judaism or hate.You can “join” the Movie Mayvens in a few ways:

Please suggest movies – one of our volunteers has suggested a number of movies – we want to make this fun and interesting! 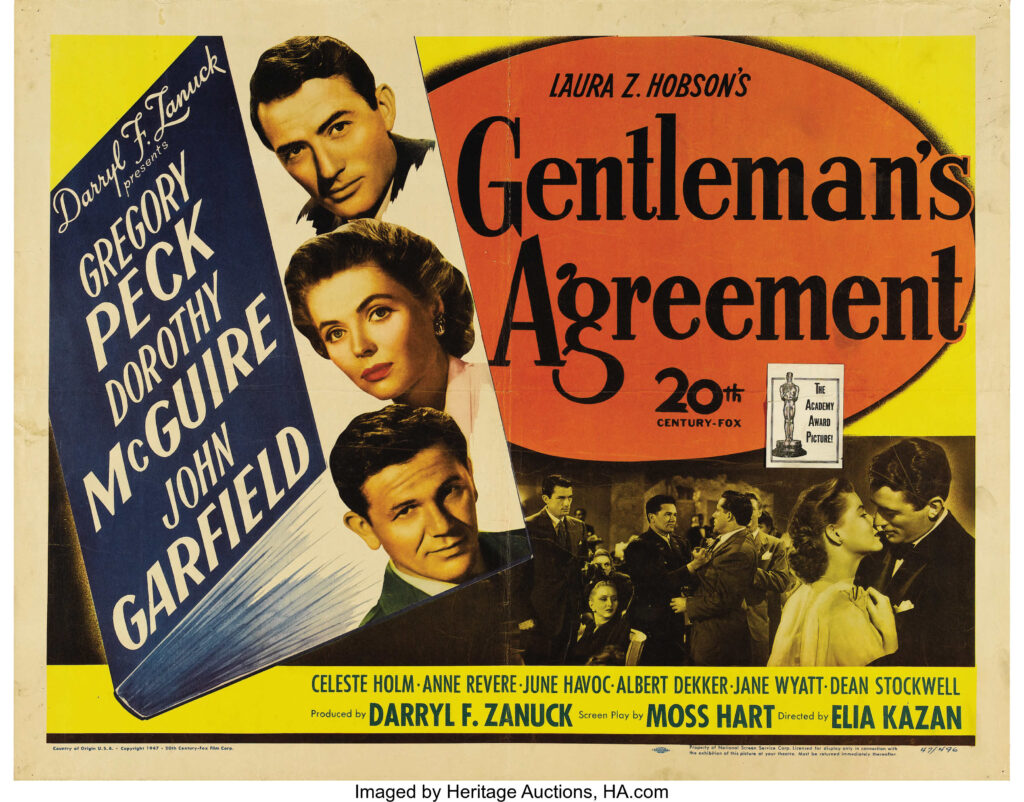 This classic movie about anti-Semitism is from 1947 with the impeccable Greggory Peck as a reporter who is looking to explore if anti-Semitism really exists.  Gentleman’s Agreement is a 1947 American drama film.  A journalist poses as a Jewish traveler to research an exposé on the widespread distrust and dislike of Jews in New York City and the affluent communities of New Canaan, Connecticut and Darien, Connecticut.  The characters who are not Jewish really take a stand.

Ironically, though many of the 1947 Hollywood moguls were themselves Jewish, they shied away from the project. Instead 20th Century Fox head Darryl F. Zanuck, who was not Jewish, recognized the greatness of the story and supported getting “Gentleman’s Agreement” on the screen. Art reflects life.

Where You Can Watch
Amazon
Snippets of this movie on YouTube

Reviews
Variety  This review is from 2017, the 70th anniversary of the film and how it related to the time as our current surge in antisemitism was just beginning.
NYTimes  This is the original NYTimes review from 1947.

Discussion Questions
1.This movie takes place before the Civil Rights Act of 1964 which abolished many overt restrictions against minorities, including African-Americans, Asians, Jews, and even in some cases Catholics. Have things improved by becoming more subtle?

2. A key point in the movie occurs when the reporter, Philip Green, proposes the story and the Jewish member of the editorial board says no. The board member wants to keep the ongoing situation “hushed” and that the Jewish Community will handle things quietly.  Why did the Jewish board member take this approach?  What do you think of it?

3. At first Philip Green does not want to write a series of articles on anti-Semitism, but then changes his mind.  What causes him to change his mind?  Could the events in the movie around his decision to write the series be leveraged more generally to fight anti-Semitism?

4. Philip Green pretends to be Jewish so that he can write about anti-Semitism as an observer.  He ends up experiencing bigotry and prejudice directly – for the first time in his life.  How hard is it to help someone sympathize with bigotry if they are not experiencing it?  How do you approach it?

5. By the end of the movie, Philip Green is more bothered by the people that stand by and watch anti-Semitism, racism or bigotry happening than the instigators themselves. Have you been in a situation in which you have witnessed bigotry?  Did you do anything?  Why or why not?

6. Are there any lessons or actions in this movie that might help you teach others about bigotry or hatred?

Can Discussing Movies Fight Anti-Semitism?
Especially during COVID, we need ways to start a positive dialogue with each other.  All forms of art can hold a mirror up to our world to help us build a better one together.

Gentleman’s Agreement is well known for showing how those who aren’t Jewish have a critical role to play to move the process forward and abolishing hate.   While there is a time to “circle the wagons” within a cultural or religious group, there is great strength in working together to shine a light on hatred and begin to address it.