Tikkun Olam Profile: One Act of Tolerance Changed the World 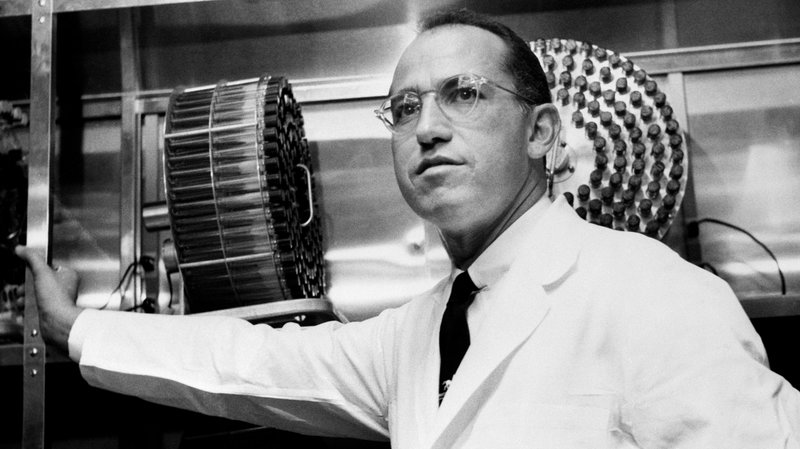 Many recent events divide us in America, but there are many people who are working to make the world a better place.  So, let us build trust and love by shining a light on the Jewish message of Tikkun Olam, or “repairing, mending, fixing, healing the world.”  Tikkun Olam is built on the stories of all Jewish people whose contribution to create a better world not just for Jews, but for every human being. Unfortunately, almost all face anti-Semitism at a critical point.

Tikkun Olam Profile: Dr. Jonas Salk
In this time of a global pandemic, we are especially inspired by Dr. Jonah Salk who saved so many lives during the Polio epidemic. Thank you to volunteer and tireless supporter, Helen Dalton for this “Tikkun Olam Profile”

Born to Russian-Jewish immigrants in New York City in 1914, Jonas Salk was the first in his family to go to university and become a doctor and a scientist physician. While at NYU he had his first real bout with anti-Semitism when he was initially denied a research fellowship at the University of Michigan – but his advisor saw his potential and got him into the program. He began his work on vaccines and progressed to director of the Virus Research Lab of the University of Pittsburgh School of Medicine.

A grant from the March of Dimes enabled him to develop methods that led him and colleague Albert Sabin to a vaccine wiping out the dreaded paralytic poliomyelitis, commonly known as Polio, the pandemic of its time. During its development and testing, Salk gave the vaccine to volunteers who didn’t have polio, including himself and his wife and children. It took two years to prove the vaccine safe and effective. Once it was approved and distributed, the number of cases in the U.S. dropped precipitously.

Jonas Salk never took out a patent for the polio vaccine, ensured its wide distribution and never earned any money from it.  The benefits to the world were more important.

Later, with a multi-million dollar grant from the National Science Foundation, he established the Salk Institute for Biological Studies In La Jolla, California to focus on many vaccines, including for AIDS, where he worked, until his death in 1995.

Can Tikkun Olam Really Improve Our World?
Dr. Jonas Salk may not have created the polio vaccine without support from all his colleagues throughout his career.  By focusing on people’s talent, not differences Salk was able to rise in his chosen field, saving children from all backgrounds, religions and heritages across the globe.

Is this happening with the COVID vaccine?  Have some great minds been kicked out of science due to racism, homophobia or anti-Semitism or have mentors reached out a hand to allow individuals to succeed and helping to heal our current pandemic?

Hope truly lies in dreams.  Let’s help each other achieve our dream for a better world.

Get our newsletter sent to your email!

Wow! The Fort Worth Star-Telegram goes into real depth to tell the life story of the Jewish owners of this Mezuzah…www.star-telegram.com/news/local/fort-worth/article253126608.html ... See MoreSee Less
View on Facebook
· Share

Chabad Poway Shooting Update. The murderer who killed Jewish heroine Lori Kayne was just sentenced in California court to life imprisonment. This individual will appear in federal court on Sept. 8, 2021 to begin the trial to decide if this was a federal Hate Crime, in other words, if he killed Lori and injured her fellow Jewish worshipers due to his anti-Semitic beliefs. "During a hearing on Tuesday in San Diego Superior Court, Mr. Earnest pleaded guilty to murder, attempted murder and a firearms charge. He also pleaded guilty to arson for setting fire to a mosque in Escondido, Calif., a month before the attack on the synagogue, admitting that both acts were hate crimes, the district attorney’s office said." www.nytimes.com/2021/07/20/us/synagogue-shooting-guilty.html?referringSource=articleShare ... See MoreSee Less
View on Facebook
· Share

Thank you for including our Program in this excellent #interfaith story The Columbus Dispatch!!www.dispatch.com/story/news/2021/07/19/christianity-islam-judaism-guide-major-religious-holidays/... ... See MoreSee Less
View on Facebook
· Share