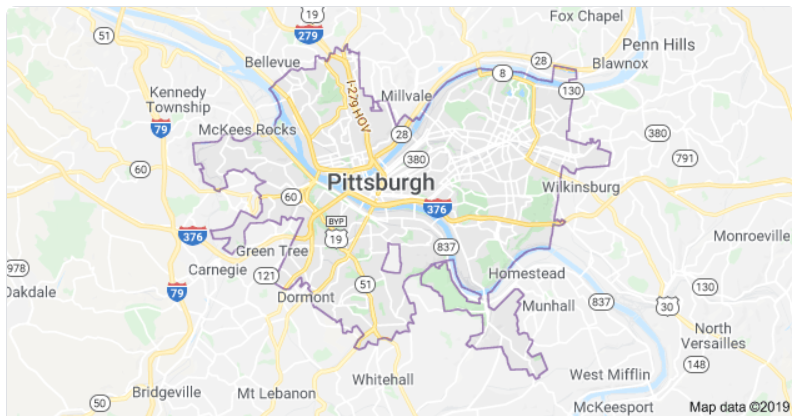 I lost my Mother-in-Law, Joyce Fienberg when she was murdered at the Tree of Life Synagogue in Pittsburgh, PA a year ago.  This past week, many folks have been asking where my family will be at the one-year mark of the day when our lives shattered.

There’s a lot of options. There will be a special space and service set aside for the families of all the victims away from others. We could do a graveside ceremony, like a second unveiling. Frankly, my inner child wants to hide in my bed under the covers.

In times of crisis you look to tradition and your roots to guide you. On the anniversary of a loved one’s death, our Jewish tradition tells us to say Kaddish, the prayer for the dead that doesn’t mention the dead. This prayer can’t be said alone.  You go to your congregation and stand before your friends and it reminds them that you still miss and honor the one you lost and that you still need their support, love and hugs. They support you, and in their time of need, you support them.

Tree of Life congregation was Joyce’s congregation for more than 30 years. My husband was Bar Mitzvahed there. We had our Auf-Ruf (blessing before the Wedding) at Tree of Life. For almost 20 years, we joined Joyce and Steve for at least one of the High Holidays. We know Tree of Life. They are our congregation as much as our home synagogue in Virginia.

In my case, the Tree of Life congregation has lifted me at the times when I was at my lowest. In December 2018, about 6 weeks after Joyce was murdered, Tree of Life held a bar mitzvah for the first time since October 27th.  It was the bar mitzvah of the son of our friends, and we probably would have come in for the ceremony had life proceeded as it should have.  But they reached out and asked us to be there, so we came – our first trip back to Pittsburgh since the Shiva in November.

During those 6 weeks after Joyce was murdered for praying as a Jew, I was looking for a way to recreate the world without her.  My mind kept coming back to the past.  How have Jews survived? We have been expelled from almost every country in Europe and the Middle East. Wherever we did live, our people have been literally second-class citizens under the law. We have been burnt, raped and murdered in the name of religion. The pain I felt must be the same as my ancestors and the ancestors of every living Jew today.  How did they bounce back? Could this historical resiliency possibility apply to us in America? Could it help my family now when things were hopeless?

Unexpectedly, the Bar Mitzvah in Pittsburgh gave me that initial direction. From the dark pit, from the endless vacuum left behind by Joyce’s absence, the request to come and join was the thread of a lifeline.  When we arrived, we were welcomed like long-lost family with countless tearful hugs that needed no explanation.

Witnessing and participating in this young man’s rite of passage was a flashlight through the darkness. The Bar Mitzvah boy knew what had happened; he’d spent the previous year each Saturday at the synagogue alongside the people who were murdered.  There was no way of shielding him and preserving his childhood innocence as many folks I know have tried to do.  Instead he spoke in front of us with a clear strong voice that, while aware of the present trauma, could envision the future as only a teen can. He belongs to a possible future where the pain has passed, and the memories of those we lost strengthen the living.

Perhaps this is the key.  The Jewish people have survived all sorts of tragedies because life, Jewish life, has a rhythm to it, a joy that focuses on celebrating life. What an amazing gift my young friend gave us all at the Tree of Life.  This was the moment that we could start to create a foundation where we could rebuild our lives around this loss – together.

Where will I be at 9:47 on October 27th? I’ll be where my heart and my Jewish soul knows I have to be. With my family at the Tree of Life Congregation in Pittsburgh.

You can take action against hate, racism, and anti-Semitism. 2 for Seder is putting out weekly "Action Tips" to help you take positive action.

This week's Tip: Take a Leap of Food
As we support our local restaurants during COVID, how can this be turned into a tikkun olam experience? Read more at our blog: 2forseder.org/leap/

This is an excellent article about how to recognize (when you are on the sending or receiving end) of common micro-aggressions. If we are looking to change something small, this is a place to start.

How to Respond to Microaggressions
www.nytimes.com/2020/03/03/smarter-living/how-to-respond-to-microaggressions.html?referringSource... ... See MoreSee Less

This week's Action Tip speaks to the ongoing rise in COVID cases and how we continue to help our neighbors with food insecurity. Read it on our blog here: 2forseder.org/action-tip-4-collect-together/

Thank you to 2 for Seder Board Member Cindy Goodman-Leib for her help in creating this Tip.

If you have an idea for an Action Tip, this is a great way to volunteer from home! Reach out to us at info@2forSeder.org