Action Tip 6: What Happened to Bari, Nick and DeSean?

As the pandemic rages and we look for ways to keep shining a light on racism, it’s a failed hope that anti-Semitism is fading off into the distance.  The past two weeks have been rife with stories about anti-Semitism. 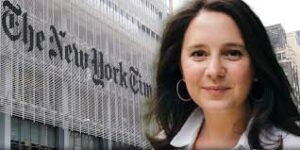 This Week’s Tip: Read the news about recent examples of anti-Semitism.  Start up at least one discussion with a neighbor(s) of a different faith about the impacts.

Conversation Starters
Bari Weiss – Resigned from the New York Times Opinion Page
Regardless how you feel about Bari’s politics, she kept the spotlight on anti-Semitism at the national level.

How will her absence at the NYT impact news and public dialogue?

Nick Cannon – Fired for Anti-Semitic remarks to the MTV Audience
Nick has a long and successful history in the entertainment industry. His “Wild and Out” podcast was followed by many kids and young adults.

How will his remarks, removal, and apology be interpreted by his audience? 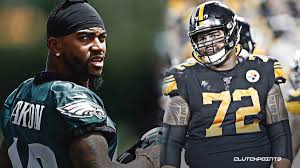 Sports stars have a huge platform to spread their views, both positive and negative.

Should the NFL train, not only for games, but for how players can impact society?

ESPN: DeSean Jackson’s anti-Semitic posts are a critical teaching moment — for everyone
JTA: Pittsburgh Steelers’ Zach Banner says Jews are minority, too, and we must ‘put our arms around them’

Let’s end on a positive note with Kareem Abdul-Jabbar’s beautifully written article in his Hollywood Reporter column.
Thank you Mr. Abdul-Jabbar for showing that we are all stronger together.
How does Talking about the News fight Hate and anti-Semtitism?
While talking about anti-Semitism came naturally in 2019, we need to find ways to make this part of our North American dialogue.  We all see the news through our own personal lens.  Talking about these recent events with neighbors of other faiths helps build bridges of understanding and puts things into context.  These discussions can also deepen our relationships and provide us with opportunities to hear diverse perspectives and life experiences.Silence doesn’t help – let’s keep the dialogue going.
Share the Action!
Send this Newsletter to a friend or have them Sign Up Here.

Jewish Wisdom is meant for everyone.

Today we remember Rabbi Adin Steinsaltz who made it is life's mission to translate the Talmud (a multi-generational rabbinic commentary on the Hebrew bible) from ancient Aramaic to modern Hebrew allowing everyone to read it and learn directly. May his memory and great works be a blessing.

Tip 8: Is Your Donation Enabling Anti-Semitism?

Are you inadvertently supporting anti-Semitism with your donation to your Alma Mater? See our Tip on how to check.

Thank you to Hillel International and Danielle Leshaw, Campus Support Director and Senior Educator for contributing to this Tip.

Read the Tip at: 2forseder.org/alma-mater/

Thank you to everyone who answered our Sukkah survey. It was overwhelmingly positive!!!

Keep an eye out here for more information about 2 for Seder: In the Sukkah or sign up for our newsletter at 2forseder.org/sign-up-here/ ... See MoreSee Less