Fighting Back Against Hate on Campus 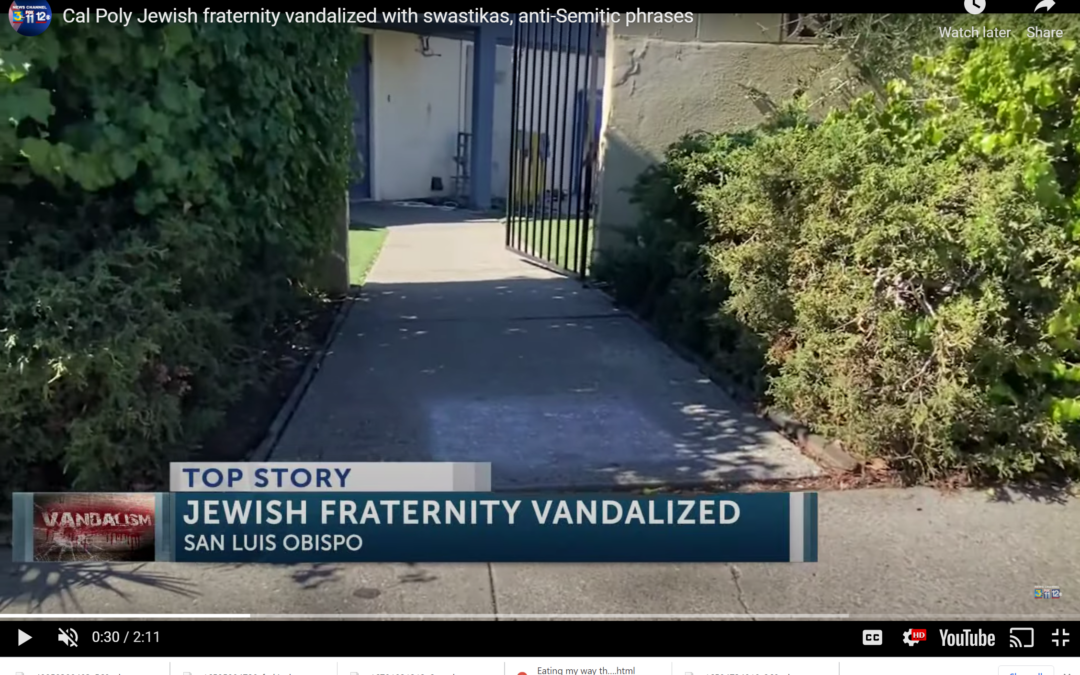 Thank you to Moshe Lencer for this story.

COVID-19 has changed campus life as we usually know it. Students take classes online, spend time at home more than on-campus, and most social events have been either canceled or altered to fit the times. Sadly, some aspects of campus life have not changed. Anti-Semitic incidents are still happening on campuses. One of our partners, AEPi, a Jewish fraternity on many campuses, had a difficult experience that they overcame.

To commemorate International Holocaust Memorial Day in January 2021, the AEPi members at San Luis Obispo, California brought a Holocaust Survivor to speak to their student body to teach them about what occurred. The Survivor gave a first-hand remembrance of his experience.

On Saturday, February 6, 2021, those same fraternity members woke up to something despicable. Swastikas had been drawn on their fraternity house. It was not expected.  This is where they went to school and were surrounded by friends. Through their AEPi connections they knew about similar acts of hate that happened previously at Jewish fraternity houses at Emory, UC Davis, and Oregon.

Jim Fleischer, the CEO of Alpha Epsilon Pi Fraternity said “Unfortunately, this is not an isolated incident on college campuses in North America and across the world. The rising tide of anti-Semitism and anti-Israel activity on college campuses is widespread and must be stopped.  Universities are a place for the free and open exchange of ideas and Jewish students should not be made to feel unsafe in their homes on campuses.”

They did not let this act of hate go unanswered.

Fighting Back with Education and Support
The students gathered and decided to show there is no room for hate on their campus, community, or fraternity.  Banding together with institutions on campus (Chabad, Hillel) they showed the student body that when they go low, we go high! They started an education campaign and launched fundraisers for Jewish causes to keep the momentum going.

“We are immensely proud of our undergraduate Brothers who have seized on this moment as an opportunity to educate their campus about the scourge of anti-Semitism and have raised more than $27,000 to donate to Yad Vashem and the local JCC,”  said Fleischer.  “This is one of the best examples of the importance of AEPi on college campuses. Our Brothers have taken this terrible incident and turned it into a positive for their campus, their community and the Jewish people.”

This is an amazing case of perseverance. These students could have simply done nothing, but they chose to be a voice for good. In less than 48 hours, they raised awareness about anti-Semitism and Holocaust education while helping to fund their local Jewish community.

The Take Action Team applauds the AEPi in San Luis Obispo and for making their campus a more tolerant and safe place for all students.