Fight Anti-Semitism with Love and Hamentashen 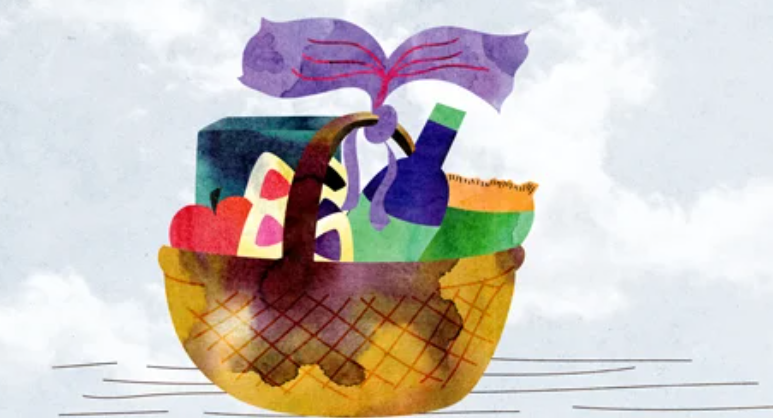 Purim Take Action Tip: Give a Mishloch Manot package to at least two neighbors of another faith.

The news stories about anti-Semitism just are not slowing down.  Fight this fire with love by sharing a joyous holiday with our neighbors – the story of Purim. This story of overcoming evil and gaining precious freedom is celebrated starting the evening of February 25th through the day of the 26th.

To help you make the Tip a reality, we are going to look at the background of giving Mishloch Manot and then our readers have provided a few delicious and EASY recipes for making Hamentashen. If you have never made them, give it a try – it’s fun and easy.

Making hamentashen has become a very social event with my friends in each other’s kitchens, and I fiercely miss it during COVID.  What hasn’t changed is that my neighbors are looking forward to getting their Mishloch Manot bags so they can taste the sweetness of freedom again.

Thank you to reader Andi Wirpel in Virginia for her help on this article!

What Is Mishloach Manot and Why Do We Send It?

Purim is the story of how Queen Esther saved the Jewish people from being wiped out from Haman, the right-hand man of King Ahasuerus of Persia. Haman is seen as the predecessor of many people who have tried to wipe out the Jews, including Hitler. The ninth chapter of the Book of Esther states (verse 19): “Therefore the Jews of the villages, that dwelt in the unwalled towns, made the 14th day of the month of Adar a day of gladness and feasting, a holiday, and of sending portions to one another (mishloach manot ).”

If you are Jewish, sending mishloach manot is an easy way to build an interfaith connection with an acquaintance, neighbor, co-worker or fellow student.

Some people add drinks or salty snacks as well. The key is to share the sweetness of freedom with friends and neighbors of every faith.  This weekend is a great time to make some hamentashen or purchase some sweets. 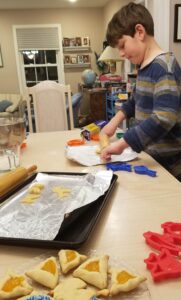 Hamentashen are triangle filled cookies. The very traditional ones are filled with a sweet poppy seed mixture, in remembrance of the partial fast Queen Esther took before approaching King Ahasuerus. Other traditional fillings are apricot or prune, but there are no rules!

In past years, making hamentashen for Mischoch Manot has been a very social activity with two to four friends and our kids making multiple batches of cookies. If you make these cookies with butter they are more like little cakes, with oil (to make them pareve) makes them more crunchy.  My crew identifies three main types of recipes, which have been fiercely debated over the years:

Most of my baking crew are traditionalist but a little Nutella (or a nut-free chocolate spread) is always welcome. For best results, need to have time for dough to chill before baking, don’t rush making Hamentashen.

Send us your comments or pictures!